What is Material Requirement Planning (MRP)? 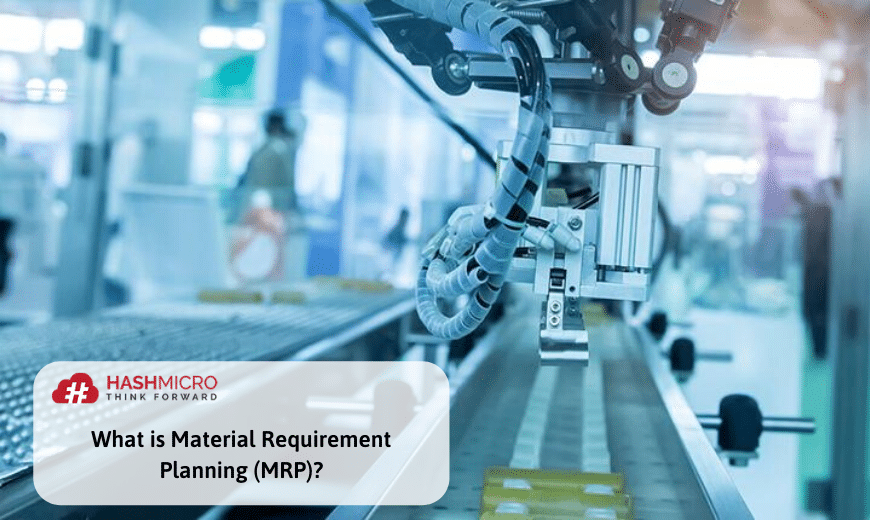 Since a long time ago, a lot of companies have been trying to develop a special method to increase their productivity. The first one to pioneer such a method is Toyota with their just in time inventory. Several years later, IBM successfully developed the material requirement planning (MRP) which is initiated by their engineer, Joseph Orlicky.

Even so, these two methods have fundamental differences. Some people considered MRP as a “push” system because inventory needs are determined in advance, then the company runs the production based on the predetermined inventory.

On the contrary, just in time inventory considered as a “push” system because the company won’t purchase any materials or manufacture anything if there’s no demand from the customer. In this article, we will discuss material requirement planning (MRP) and its benefits for your business.

What is material requirement planning (MRP)?

MRP is a system for calculating the materials and components needed to manufacture a product. Usually, this system utilized by a manufacturing company. Orlicky design MRP to answer three questions, what is needed, how much it’s needed, and when it’s needed?

Generally, an MRP system requires computer software to automates the production process, such as manufacturing software. The company utilizes the system to create an accurate estimation of how much material is needed during the production and schedule the shipment.

How it is work

The system uses information from the Bill of Materials (a comprehensive list of materials used, subassemblies, and other components needed to manufacture a product, along with their quantities). MRP also uses inventory data, and master production schedule to calculate the material needed and when those materials required during the production.

Initially, material requirement planning took advantage of mainframe computers to extrapolate information from a bill of materials for a certain product into a production and purchasing plan. A few years later, MRP integrates feedback feature which enables production managers to input changes or updates straight into the system when needed.

As time goes by, the material requirement planning continues to develop. Today, it can be integrated with marketing, finance, and human resources to formulate a production plan. Because of its complexity, a lot of people call the new version of MRP as MRP II.

From MRP to ERP

Because of its capability to effectively increase the productivity of many manufacturing companies, a lot of people start to develop MRP II so it can be used by other industries besides manufacturing. This is the reason why the ERP system starts to gain its name among companies across the world.

Material requirement planning is an effective method to increase the productivity of manufacturing companies. Since its first development back in 1964, the system successfully integrated into many business aspects and make it easier for them to create a production plan.

It serves as a guide for the company's manufacturing activities. In the company, this process is carried out by determining and sequencing the actions...
Read more
Cloud ERP

What is ERP and Why is It Important for Businesses?

What is ERP? In short, ERP (Enterprise Resource Planning) is a suite of applications that is built to manage and integrate core business processes. Although...
Read more
Manufacturing

How to Calculate PPV in a Manufacturing System

Pricing strategies are very influential when businesses introduce products and compete in the market. Purchase Price Variance (PPV) is an essential factor that must...
Read more

5 Reasons Why Company Should Switch to Cloud Accounting

How to find the ideal accommodation in the UK?