Know More about Programmer and Other IT Professionals

We may now enjoy all the comforts through digital screens, thanks to the industrial revolution era, which has been ongoing since 1750. In order to keep up with the technological environment, the industrial sector has created a new sensation in the form of increased demand for IT experts, especially programmer. Unfortunately, some people are still unfamiliar with the realm of information technology.

Today, many companies have used web-based applications for employees who work from home. You use software ERP work from home to make simply your work. So, all activities can still be monitored even if they do not meet in person. However, it seems that there are still many people who think that IT energy is another name for programmers and the jobdesk is just coding. Of course, this is not entirely wrong. However, did you know that it actually consists of many parts of the profession? For more details, let’s take a look at the following information.

A programmer is a professional writing a system/code using programming languages (HTML, PHP, Python, SQL, Java, etc.) to build software, applications, websites, data formulas, and much more. But did you know that the programmer profession has a more specific job? Here we have provided various types of careers from a programmer:

Also read: The 12 Most Popular Programming Languages in the World (2021)

As the name suggests, a web developer has a task to build a website from scratch or develop it, including working on the website’s contents, such as the appearance and features of the website using a programming language.

Generally, the current web developer position has a fairly high job opportunity. Even in these situations, they can still do work from home for web developers. In addition, every company must have a website address, which requires an expert to manage and develop it.

An ordinary job for a web developer in a company is to create a product sales website, company profile, customer service, and much more. The web programmer also has three parts of the team:

A front-end developer performs like a sentry at the front of a website, usually known as the client-side. His role is to turn a UI/UX designer’s design into a dynamic website. Slicing is the nickname for this type of conversion. As a result, a front-end developer is also responsible for making sure the website’s aesthetic. Is it in agreement with a designer’s agreement or not?

Not only that, but back-end developers also have other roles. Such as maintaining and managing website security from hacking, solving server problems, managing databases, and much more.

Optimize the tasks of the back-end team by using a helpdesk software that has been integrated with various systems, easy to delegate, can be managed automatically in one platform, and many others.

Have a double job-desc like the mix of front and back-end developers. A full-stack developer has the task of building a website from the server-side (back-end) using PHP, java, javascript, databases to the display side (front-end) using XML, HTML, and CSS.

A System Engineer is someone whose job is to update the operating system (OS) they handle. In addition, the system programmer has a role in monitoring and ensuring if an operating system can run properly and smoothly. System engineers also have three types of work: kernel, compiler, and device driver programmer.

Have too many documents makes you confused? it’s your time to switch to a paperless system by using a document management system. Share any video, e-book, and other documents digitally easily and swiftly.

Have you ever heard of a data leak from a company? In this situation, the security analyst is a professional that must go into the field to deal with the incident. A security analyst has the task of securing essential company data, such as sensitive information.

In addition, this profession also has a task to analyze the potential that could harm company data and think about plans to implement it into a company security system then.

When a company wants development for one of its digital services, this is when the System Analyst does its job. The System Analyst will conduct research and feasibility studies, make plans, coordinate, and provide recommendations for software that the company will use from the research results. Therefore, a system analyst is key to the development of a system.

To ease your workload as a Programmer especially when working from home, HashMicro has a set of software that will boost your work productivities. With the best web-based ERP software, working remotely from home will be more effective with the help of HashMicro’s all-in-one collaboration tool with a 7-day implementation process.

IT support is a technician in a company whose job is to solve common problems that occur on computers. In addition, IT support also has other roles such as software installation, hardware repair, and evaluating computer improvements, network systems, and software.

Also read: Here are The 17 Best ERP Software in Singapore You Should Know in 2021

Here we have discussed the various professions of IT personnel. For those interested in pursuing a career in this information technology field, you need to not feel afraid that this career sector will not provide high opportunities. We consider that almost all companies have digitized, which will affect the demand for HR in the IT field.

For those of you who are in the IT world, you can optimize the work and quality of employees to get the standards that a start-up company wants. Control all employee management in one well-integrated software. HashMicro’s ERP software has been trusted by more than 250 leading companies. Specifically designed to automate various aspects of the business, it can be customized and customized, as well as important features that you can use. Get your free consultation and demo here. 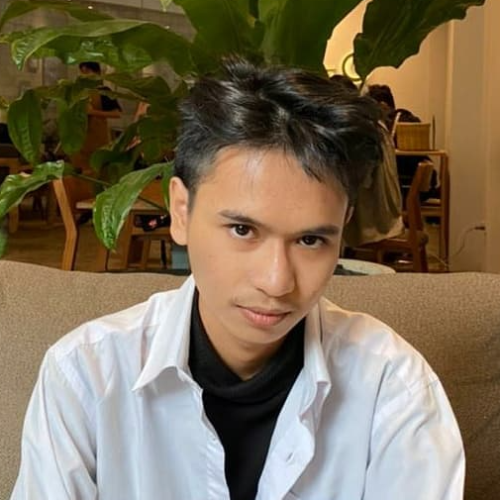 Mikail Hafiz Muhammad
A Junior Content Writer at HashMicro. Loves to explore any new skills and has an enthusiasm for graphic design and art.