Full costing and variable costing are the most common methods for determining production costs. As previously stated, there are three parts of the business cycle: production, distribution, and sales or consumption, specifical sales to consumers. Full costing and variable costing have one thing in common: businesses can use both to calculate the cost of a product. Thus, both terms are critical in the business world’s costing process. To calculate both methods easily and without taking a long time, you can use the cloud-based accounting management software from HashMicro. You can find out more about the accounting software pricing scheme calculation to get a better budgeting.

With the integrated accounting system, it will calculate both cost components automatically so as to provide convenience to the accountant. In addition, this automated accounting system will also provide financial statements in real-time and accurately. A company must be able to increase profits while reducing losses to run a successful business. According to experts, there are two concepts for calculating production costs: total costs and variable costs. The definitions of full costing and costing variables and their strengths and weaknesses are provided below, along with examples.

Also read: What is the Cost of Revenue and How to Calculate it?

What is Variable Costing?

Fixed manufacturing overhead costs are expensed in the period in which they are incurred under direct costing. The product carries these costs until it is sold, at which point they are deducted from the income statement as costs of goods sold. On the contrary, absorption costing allows income to rise in tandem with production.

Also read: What is The Differences between Expense and Cost in Accounting?

What is Full Costing?

Fixed manufacturing overhead costs are expensed in the period in which they are incurred under direct costing. The product carries these costs until it is sold, at which point they are deducted from the income statement as costs of goods sold. On the contrary, absorption costing allows income to rise in tandem with production.

Also read: COGS (Cost of Goods Sold) – A Component in Business You Have to Know

Businesses use full costing to determine the total cost of something. For example, in financial statements to record the total cost of inventory. In addition, financial reporting under a variety of accounting frameworks requires full costing, including Generally Accepted Accounting Principles and International Financial Reporting Standards, as well as income tax reporting.

The basic idea behind full costing is to assign all variable costs to a cost object and allocate overhead costs. A cost object is anything that collects cost information, such as a customer, product, service, store, geographic region, product line, and so on. As a result, the costs that the manufacturer will assign under full costing are as follows:

The Purpose of Variable Costing

The purpose of variable costing is to provide information for management in short-term decision making, namely:

What are the advantages of Full Costing and Variable Costing?

For most of you who may still confuse about choosing the suitable method for your business, the continuation of this article can add to your insight before making the appropriate choice.

The advantages of the full costing method

The advantages of the variable costing

The benefits of variable costing are as follows:

The selling price for a custom order takes into account the variable cost of production. Therefore, variable costing can quickly provide data on variable production costs.

The management can better understand the impact of period costs on profits by using variable costing income statements.

Sales affect variable costing net income. As a result, it is clear how much the manufacturer will earn additional profit from increased sales.

What are the disadvantages of Full Costing and Variable Costing?

Disadvantages of the full costing method

Full costing is less proper in practice because managers are more likely to require the incremental cost of something (indirect costing) or the amount of bottleneck capacity that a cost object consumes (as in throughput analysis). The following are some of the issues that have arisen as a result of full costing:

Despite all of its benefits, we cannot describe variable costing as flawless. It has the following limitations and disadvantages:

IFC is a phone case manufacturer. The following are excerpts from the company’s income statement for the most recent fiscal year (2018):

IFC does not publish an inventory of available positions. However, during 2018, the company produced 1,000,000 phone cases, with total manufacturing costs of $598,000 (approximately $0.60 per phone case).

The manufacturer recently received a special order for 1,000,000 phone cases at a total cost of $400,000. Despite having ample capacity, the manager is hesitant to accept this special order because it is less than the $598,000 cost outlined in the company’s income statement to manufacture the initial 1,000,000 phone cases. As the company’s cost accountant, the manager wants you to decide whether or not to accept this order.

First, it is critical to understand that the $598,000 in manufacturing costs for 1,000,000 phone cases includes fixed costs such as insurance, equipment, building, and utilities. As a result, when deciding whether to accept this special order, we should employ variable costing.

Understanding why the manager was hesitant to accept the order is critical. In decision-making, the manager included fixed costs in the cost calculation, which is incorrect. Due to ample capacity, the company will incur no additional fixed costs to produce the special order of 1,000,000. As you can see, variable costing is crucial in decision-making!

Related article: Fixed Costs and Variable Costs: Get to Know the Definition and the Examples!

Thus a brief explanation of variable costing and the difference between it and full costing. Variable costing is a method of calculating all costs used to make a product. These costs have an amount that continues to change according to the volume of business activities.

Full costing is an accounting method that explains all costs that companies incur in the production process, such as variable, fixed, direct, and investment costs.

If the implementation of the two methods is still too complex, you can use the Accounting System from HashMicro. This system helps you to know the financial condition of each branch of the business with in-depth analysis and accurate estimation of your income and reduces time-consuming manual accounting processes such as bookkeeping, asset depreciation calculations, and others.

There are still other exciting features that you can apply. So what are you waiting for? Try now! 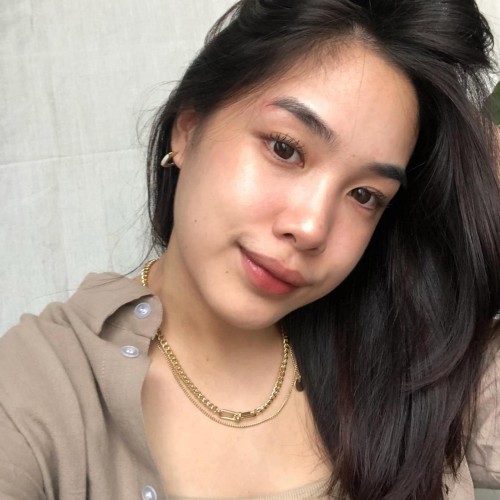 Types of Blockchain Technology and How It Operates