Industrial touch screen monitors are refer to as open frame touch screen displays or open-frame monitors. The unit typically consists of a metal frame that contains the monitor’s internals and LCD screen without the use of a housing or bezel. A critical feature of industrial touch screen displays is that they are a construct of industrial-grade materials. Which usually last much longer and are far more rugged than consumer-grade devices.

What are the Applications of a Touch Screen Monitor for Industrial Use?

Industrial touch screen monitors design are for heavy-duty devices and constant use by staff. For example such as in CNC machines for commercial use. It’s to the test in these settings continually, where they must withstand harsh operating conditions to remain functional.

An interactive kiosk is another example of industrial touch screens that can be used in a harsh environment. Industrial-grade touch screen displays are built into kiosks to withstand continuous human use. A touch screen display for commercial use is mainly employed to control more comprehensive workstations.

Contact panel technologies such as 5-wire resistive, projected capacitive, surface acoustic wave (SAW), surface capacitive, and infrared are all unique. Below, we will discuss each of these in greater detail, along with their distinguishing characteristics and advantages.

One of its main benefits is that it can operate by any object, including fingers, a pencil, a stylus, or a gloved hand. Its only requirement is a precise pressure point on the screen. Another advantage of this technology is need low cost and only need low power. Additionally, 5-wire resistive screens can protect against liquids and substances on the board, such as moisture, dirt, grease, and oil.

The main disadvantages of this technology include inferior picture consistency and the vulnerability of the polyester coating. It protects the sensor from damage by sharp items.

Another commonly used contact technology is surface capacitive. Which consists of a glass plate sandwiched between a translucent electrode layer and a protective shield or cover. Static electricity is to operate surface capacitive displays, and it comes from the human body. Therefore, this touch interface with a finger or a stylus pen that carries an electrical charge.

The benefit of surface capacitive touch design over 5-wire resistive touch is that it provides consumers with a higher picture consistency. The film is usually more durable and offers outstanding resistance to sweat, grease, and dust, while also offering a good level of scratch resistance.

The possible disadvantage of surface capacitive is must power with a bare finger or capacitive stylus. That may be inconvenient in conditions where it needs gloves, such as medical health centers and restaurant kitchens.

Multi-touch activation is a characteristic of projected capacitive touch screen devices that allows for simultaneous feedback from several outlets. A projected capacitive touch screen consists of an integrated circuit chip and a transparent electrode layer enclosed in a glass panel. This produces a three-dimensional electrostatic field that is triggered when a finger makes contact only with the screen, enabling the computer to establish the exact position of the contact points.

Some of the main benefits of projected capacitive touch technology are its excellent picture quality. As well as it is being impervious to liquids and other surface pollutants, and much less prone to nicks and scratches than surface capacitive displays. Additionally, one of the most significant advantages of this touch system is its multi-touch capability.

The main disadvantage of projected capacitive touch technology is that it can only be activated with a bare finger or with medical or thin cotton gloves. Additionally, it is vulnerable to electromagnetic and radio-frequency interference (EMI/RFI).

SAW contact technology utilizes a collection of piezoelectric materials (devices that transform pressure differences to electric signals) and receivers around the screen’s perimeter. That results in the formation of an unseen field of electromagnetic waves on the panel’s surface. It absorbs the point of contact. That informs the system of the contact location on the phone, which it will send to the machine.

One of the best things about SAW contact technology is it can interface with almost anything. It can interface with bare skin or a tightly gloved finger, which gives it an advantage over any other existing touch technology. Additionally, surface acoustic wave displays have superior illumination, picture resolution, and scratch resistance. SAW displays are straightforward to use. That is the reason why manufacturers company use specific systems of high-end touch monitors. The disadvantages of SAW include the inability to control it with rough objects such as a fingertip, pen, or credit card, but this is a minor downside. Additionally, the screen must keep clean because accumulation of solid particles may result in unresponsive areas. Moreover, the presence of water droplets can also result in false activations, which is especially inconvenient for use in work environments such as restaurants, cafes, and bars.

Infrared (IR) displays project an invisible stream of light beams around the screen using IR receivers and emitters. This eliminates a need for a protective film or covers over the display, resulting in the highest picture brightness and accuracy possible. When an entity approaches the display, the infrared beams are disrupted, and the sensors inform the machine of the orientation of any contact points.

One of the main benefits of infrared contact technology is that it provides unmatched vibrancy and picture accuracy. It is, in fact, the finest of all touch technologies. It has an endless “touch-life” and is fully resistant to surface scratching.

However, there are also a few drawbacks of IR technology to consider. Due to its high sensitivity, a build-up of grease, dust, or oils on the screen may cause it to fail. These displays, which are at the high end of the price range, are also not waterproof and may not function adequately if they come into contact with moisture. In addition, they can also be vulnerable to ambient light interference.

Previous articleHow to find the ideal accommodation in the UK?
Next articleHashMicro Gives Provision for UAJY Graduates 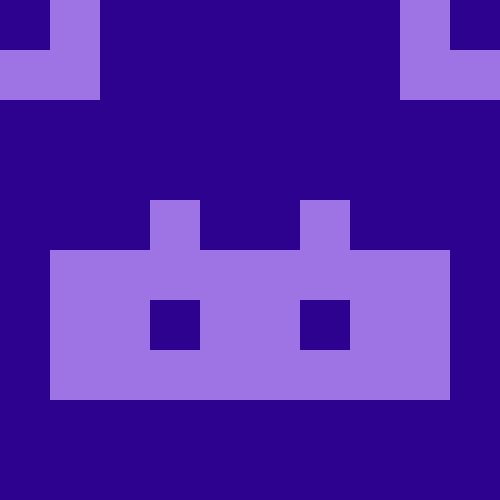 How Healthcare Industry Will Change in 2022