Mergers and Acquisitions: Types, Process, and Difference Between Them!

The world is walking towards an era of mergers and acquisitions (M&A). Many global companies are starting to turn away from just building new ventures from scratch to mergers or acquisitions. These mergers can be done as an activity to expand your business. One important remark your company needs before expanding the business with a merger is to have the fully-packaged HRM system. This will help you to make sure that every merger and acquisition business process runs smoothly and makes administration efficient. You also need the pricing scheme for the best HRM system to get all the information regarding the costs.

There are several reasons why they decide on mergers and acquisitions, such as increasing market share, increasing operational synergies, or creating efficiency for the company. Therefore, you need to know the full guidance of the outstanding HRIS software, mergers, and acquisitions because their standing has an essential role in the global economic market. This article has summarized everything you need to know about mergers and acquisitions, such as definitions, types, processes, and differences between the two. In addition, you will also find top HRM software recommendations to help manage the administrative management of your merger and acquisition companies. Furthermore, you can also seek the pricing scheme calculations for the HRM software before you decide to implement it. Check out the following article!

What are Mergers and Acquisitions?

A merger meaning occurs when two entities combine to form one company. Shares of companies that will join will cease to be traded and issued on behalf of the new entity. In comparison, acquisition involves one company buying the assets of another company. The target company’s assets belong to the buyer, but the acquired company does not change its name or structure. The shares of the acquired entity will belong to the buyer and cease to trade under the previous name.

Types of Mergers and Acquisitions

A merger meaning is the agreement of two or more independent business companies into one company. Usually, a company can do a merger by buying another company’s assets through cash payments or by buying its shares. The main reason companies merge is to unite the resources and strengths of the two companies to conduct business operations better. In addition, another reason is to reduce the competition that exists in the market.

An acquisition occurs when one company buys most of the shares of another company to gain control of that company. The reasons a company makes an acquisition can be in the form of seeking economies of scale, diversification, more significant market share, increased synergies, and cost reduction.

Business consolidation refers to combining two or more companies into one new entity. This type is considered transformative because it creates a new corporate structure and adopts the best practices of the companies involved. One of its main advantages is that it reduces operational and overhead costs and can streamline business processes and reduce operational costs.

A tender offer is an offer to buy part or all of a shareholder’s shares. The tender offers invite shareholders to publicly sell their shares at a specific price within a certain period. Their price is usually higher than the market price. It often depends on the minimum or the maximum number of shares sold.

Asset acquisition is a type of acquisition by purchasing a company’s assets. In asset acquisition, you only acquire assets that have been identified and approved by the target company. This transaction will give you flexible capabilities because you can choose to buy certain assets so that your risk is small. One important remark in acquisition of assets is that you need the outstanding Asset Management Software to help you manage and track your assets automatically.

Related articles: Merger | Types and The Differences with Acquisitions

In principle, a merger is a new company formed due to a combination of two or more companies. Both companies sell shares while issuing other shares that differ as new companies result from mergers. Although the principle is the same, mergers have many types. Here are some types of mergers you need to know:

Once you know the definition and type of mergers, it’s time for you to know how to do mergers and acquisitions. This is important for you to prepare the transaction more carefully, and the merger process runs smoothly. Here are the ten steps of the M&A process you need to do:

How Do Mergers Differ From Acquisitions?

One big difference between a merger and an acquisition is that merger is the results from a mutually beneficial agreement between the two parties. On the other hand, an acquisition is usually considered a hostile takeover. Another difference is related to legality. Mergers involve many legal formalities, so these transactions have a higher degree of difficulty than acquisitions, which tend to be easier and faster.

Mergers and acquisitions involve processes that can take a long time until all parties agree to them. A merger is the agreement of two or more independent business companies into one company. In comparison, An acquisition occurs when one company buys most of the shares of another company to gain control of that company. Mergers and acquisitions are important in economic and business markets. However, the process of completing a merger can be complicated. There are many steps to take, especially after a merger, such as legal transactions and complicated administration at every step. Therefore, you need the proper support with the number #1 HRM Software in Singapore from HashMicro.

EVA HRIS Essentials software is the integrated HRM system specifically created to simplify the administrative process in your merger company so that it does not take a lot of time and effort. Using this software, you do not need to do complicated manual administration work. In addition, you can track the overall operational activities of employees and HR management of merger companies more organized. HashMicro also provides the HRM software pricing scheme to help you know better about the system with the free demo, consultation, and software calculation. Now, immediately use HashMicro’s fully-featured HRM system to get a series of excellent benefits for your merger business. 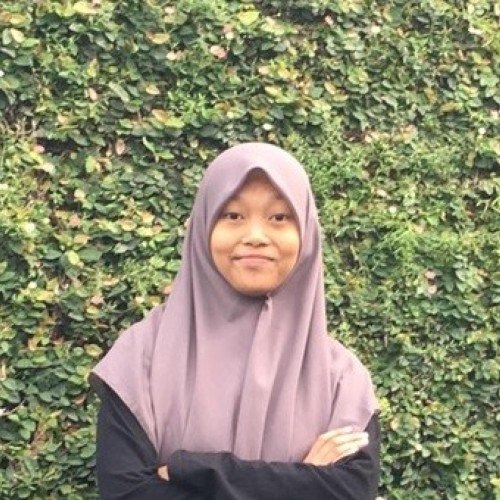 Femri Resdifianti
Femri is an explorer who sails through all kinds of seas of writing in search of a treasure trove of new knowledge. She likes to express her complicated thoughts in writing - a content writer at HashMicro.