What Is Blockchain Technology and How Does It Work?

Do you know that blockchain is a technology that has recently become more popular? People who work in information and technology are not the only ones who like it. In the last ten years, many people have talked about the technology that makes this Bitcoin network work. This technology is so popular because of all the great things it can do for business. The blockchain is not simply about money for a reason. There are several additional applications for it. For example, you may use it for technology and digitalization. Let’s start with a definition of blockchain.

There is a computer network called a ‘blockchain’. This network has a shared database called ‘blocks’. As a database, a blockchain stores information digitally in a form that computers can read. Blockchains are best known for their essential role in cryptocurrency systems, such as Bitcoin. They keep a record of transactions that are both secure and independent of anyone or group. There is a new thing about a blockchain that makes it possible to keep a record of accurate and safe data without having to have a trusted third party.

A database usually organizes its data into tables. On the other hand, a blockchain contains its data into chunks (blocks) that strung together like a chain. When this data structure gets employed decentralized, it creates an immutable chronology of data. Completed blocks form a part of this timeline.

How Does a Blockchain Work?

This is how the bitcoin system, or “distributed ledger technology,” works, so you can see how it works:

The Use of Blockchain

If you work in the financial industry, there are many ways you can use this technology. Because this technology can help make transactions more accessible and more secure, it can also help make them easier to see and understand. This, of course, can help keep data from corruption or bribery. Besides the use of blockchain in the financial sector, McKinsey has also put together a table of blockchain opportunities for many different fields this year. We go from there, starting with the media, telecommunications, medical, agricultural, and property sectors.

The Role of Blockchain in Cryptocurrency

Here’s what you need to know: Bitcoin only uses blockchain to keep track of payments, but it can also use to keep track of any number of other things. In the past, we talked about how this can become in the form of transactions, votes in a polling place, product inventory, state IDs, deeds to homes, and much more.

Read more: Quotation, A Must Known Thing for a B2B Business Owner!

The Advantages of Blockchain

There are many good things about this technology in terms of security, speed, and efficiency, in general. This is an in-depth look at the benefits that blockchain can bring.

Members-only networks such as blockchain allow you to ensure that the data you get is reliable and timely and that your sensitive blockchain records will only share with network members to whom you have explicitly authorized access.

Because there is minimal human contact involved in the transaction, the likelihood of a mistake is reduced. The fact that each transaction must validated and logged by a majority of the network nodes makes it very impossible to falsify or modify information. The fact that a bitcoin cannot spent more than once also prevents fraud.

The elimination of time-consuming record reconciliations made possible by using a distributed ledger shared across users of a network. A smart contract, which is a set of rules that may put on the blockchain and implemented automatically, can speed up transactions even more.

The main idea of blockchain is to make safe, decentralized, and long-lasting transactions. This is why many businesses become interested in it. There are many security issues, recording processes, and security issues about who owns the data we have now in the digital age. This technology can help solve many of these problems. Suppose you are one of the businessmen who do their financial analysis. In that case, you need to become more careful when you write down your financial records in your statements.

But you don’t have to worry because HashMicro’s Cloud Accounting System makes it easier for you to keep track of your money. Time-consuming manual accounting processes like bookkeeping, asset depreciation calculations, and more can become cut down with just one integrated accounting system.

Previous articleUnderstand What is Media Communication To Streamline Your Business
Next articleIncentive Is: Purpose and Benefits For Employees 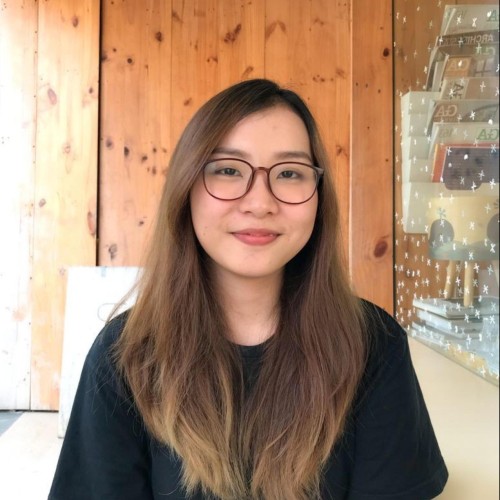 Vania Marsha Kristiani
A Junior Content Writer at HashMicro who Interested in Digital and Growth. Also a life-time learner who always strive to learn and grow.